Lucky Cement has actively participated in various environment projects. Company always ensures environment preservation as a front line demeanor in adopting all the possible means for environment protection and has been taking various steps to ensure minimal dust and gaseous emissions.

An agreement on a renovation project of a waste heat recovery power plant was signed between China Sinoma Energy Conservation Limited (Sinoma EC) and Lucky Cement, according to a report published by the Gwadar Pro on Wednesday.

Under the agreement, the generating capacity of the two power stations utilising waste heat is expected to increase by about 4MW after the transformation.

The agreement came into effect after a contract entered between the two sides on a 7500t/d supporting power station project with waste heat of cement in late March this year.

Sinoma EC, a patent-holding company specialized in energy-saving and emission-reduction, started cooperation with Lucky Cement in 2008.

Waste thermal energy is one of the largest sources of inexpensive and clean energy available.

Waste heat power generation, or Waste Heat to Power (WHP), is the process of recovering waste heat and using it to generate power with no combustion and no emissions.

Recovery of waste heat helps reduce energy costs for industrial processes. By using the waste heat to generate emission-free electricity, industrial users can put wasted energy back into the process that created it, route the power somewhere else in the facility, or sell it to the grid to support clean energy production, distribution and use.

Moreover, such practices are in conformity with the initiative to build a green CPEC.

Lucky Cement is likely to get promoted to the MSCI Standard Index and TRG Pakistan stands ready to be included in the MSCI Emerging Market Small Cap Index, analysts said.

“Both Lucky and TRG are now among the top five heavy weight KSE-100 index movers with 4.98 percent and 3.84 percent weight, respectively. Occurrence of this eventuality over the long holiday season is likely to bring a post-festivity rally on the local bourse,” Wajid Rizvi at KASB Securities said.

There is some chatter in the market regarding possible inclusion of Lucky Cement in the main index. “However, we do not expect any deletions or additions of constituents in MSCI Pakistan Index under MSCI Global Standard Indexes. LUCK is unlikely to meet free float capitalization requirement of over $750 million,” said Topline Research.

MSCI will be releasing the results of the MSCI May 2021 semi-annual index review on May 11.

The latest MSCI updates for March 31 2021 highlighted that the smallest constituent in EM Index and Small Cap Index had a free-float of $108.9 million and $37.5 million, respectively.

This takes away a possible exclusion of the stocks that seem to drop out from investability concerns.

“We highlight Packages Limited as a possibly drag on Small Cap Index from Pakistan; however, it covers basic investability grounds in major aspects”.

During the last update in October 2020, the markets were still recovering from the pandemic, and would have been an unlikely proxy for the review to make concrete changes. The market has now consolidated largely from V-shaped economic recovery and there is enough warranties over assessment through the investability criteria.

As per the April 2021 methodology update, the MSCI Standard, MSCI Small Cap and MSCI Equity Indexes have transitioned into global investable market indexes methodology. The uniform criteria accounts for a broad-based classification mechanism.

“Based on index continuity rules, there has been a high probability that Pakistan is shifted to a monitoring list for a possible downgrade. Paradoxically, this will change the tone for future market direction KSE-100 index has performed better in Frontier Markets in our past as compared to the performance in the Emerging Markets,” Rizvi added.

Pakistan has been part of MSCI Emerging Market owing to the index continuity rule since May 2019. “However, we do not expect any developments with respect to Pakistan’s exclusion from MSCI EM,” said Topline Research. “We estimate Pakistan’s weight is likely to remain around 0.02 percent.”

Expecting a surge in construction activity and a rise in demand for construction materials, one of Pakistan’s leading manufacturers of cement Maple Leaf Cement Factory Limited is planning to increase its capacity.

As per Bloomberg, the company is considering enhancing its production capacity by 7,000 tons a day, and the proposal is in the final stages.

Maple Leaf Cement Factory Limited set up in 1960 as a public limited company. It is part of the Kohinoor Maple Leaf Group, with Kohinoor Textile Mills Limited as its holding company. The company seeks to take advantage of the recent government-announced construction package, which aims to uplift the economic activity and aid the economy to recover during Covid-19.

As per the company statement, the Board of Directors of the company has approved the setting up of 7000-10000 TPD Cement Manufacturing Plant.

The company has approved the setting up of Greenfield Cement Manufacturing Plant of 2.05 million tonnes per annum at Dera Ghazi Khan, Punjab. 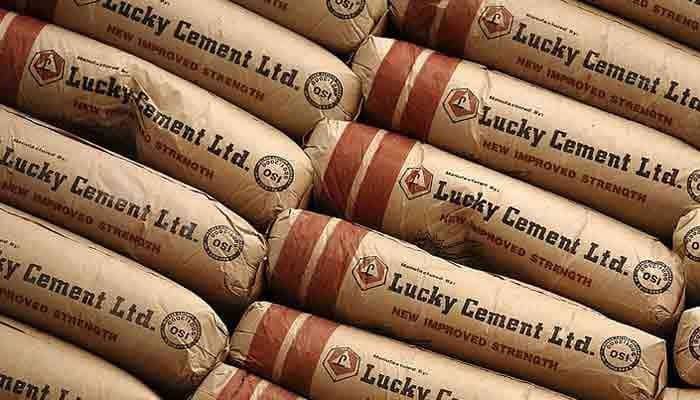 Lucky Cement to expand its Pezu Plant by 3.15mln tons

KARACHI: Lucky Cement has announced expansion of its Pezu Plant (North Region) by 3.15 million tons to 10 million tons due to rising cement demand, a notice filed with the Pakistan Stock Exchange said on Monday.

This would take total capacity (north and south) for Lucky Cement to 15 million tons, which would help it cater the rising demand created by accelerated activity in infrastructure and other development projects.

Topline Securities in a report said this project was expected to cost Rs25 billion to Rs26 billion. “The company is likely to get Rs10 billion under concessionary loans (Rs5 billion in TERF and Rs5 billion in LTFF) at a cost of 2-4 percent,” the report added.

The rest of the funds would be financed through internal cash generation. This facility was expected to come online by the second half of financial year 2023. “We believe, this expansion will have earnings impact of Rs9-10/share (7-8 percent of FY23 earnings),” the report said.

“We estimate north can accommodate 10-15 million tons of cement capacity without significantly impacting prices, as local sales utilisation will still remain above 70 percent,” the report added.

Taurus Research in its note said the expansion would likely enable the company cater the growing local demand, as economic activity accelerated along with uptick in both retail and mega infrastructure development projects. Lucky Cement has a domestic cement market shared of 13.7 percent as per FY20 financials.

Lucky Cement Limited has announced its financial results for the half-year that ended on 31 December 2020.

The company reported a consolidated net profit after a tax of Rs. 12.44 billion during the half-year, which is 217.35 percent or 2.17 times higher than the amount of Rs. 3.92 billion recorded in the same period last year.

On an unconsolidated basis, Lucky Cement Limited reported a net profit after a tax of Rs. 4.54 billion, which increased by 135.23 percent as compared to Rs. 1.93 billion.

During the period under review, on a consolidated basis, the net sales of the company increased by 58 percent to Rs. 95.81 billion as compared to Rs. 60.73 billion.

The increase in net profits is mainly attributable to the increase in the net profit of the cement segment which had grown by 134 percent due to a higher turnover supported by the absorption of the fixed costs and efficiencies from the new production line in the north.

LCL Investment Holdings Limited also delivered a healthy performance as compared to the same period last year owing to growth in its sales volume coupled with an improved retention price and a decrease in the input costs from the Congo and Iraq projects.

During the first half of the year, cement sales had improved by 36 percent to five million tons year-on-year.

Quarter Results
The company reported a consolidated net profit after a tax of Rs. 7.31 billion during the quarter, which is 205.86 percent or 2.05 times higher as compared to Rs. 2.39 billion recorded in the same period last year.

On an unconsolidated basis, Lucky Cement Limited had reported a net profit after a tax of Rs. 2.31 billion, which rose by 135.71 percent as compared to Rs. 980 million.

According to the Topline Securities report, Lucky Motors Corporation (formerly KIA Lucky Motors) had posted estimated gross margins of 15.6 percent during the second quarter of the FY21, up by 350 bps quarter-on-quarter, with expected profitability of Rs. 2.3-2.4 billion (almost twice that of the last quarter).

KARACHI: Lucky Cement profit jumped 135 percent to Rs4.541 billion in the first half of fiscal year 2020/21, translating into earnings per share (EPS) of Rs14.04, a bourse filing said on Friday.

The company posted Rs1.936 billion with EPS of Rs5.99 in the same period ended December 31, 2019. Dividend payments were nil as per the notice submitted to the Pakistan Stock Exchange.

Brokerage Arif Habib Limited in a report said, “Company’s top-line witnessed an uptick of 36 percent YoY to Rs15.7 billion in

Similarly, during 1HFY21 revenue depicted a surge of 42 percent YoY due to aforementioned reasons (off-take rose by 36 percent YoY to 4,997 thousand tons tagged with improved retention).

Lucky Motors Corporation posted gross margins of 15.6 percent (estimated) during Q2FY21, up 350bps QoQ with expected profitability of Rs2.3-2.4 billion (almost 2x than that of last quarter). “Our expectations for the auto operations were Rs1.5 billion for Q2FY21,” his note added.

Brokerage Taurus Research in its note said, “Earnings growth is attributable to strong demand from the construction sector post-lockdown, attractive interest rates and government incentives to boost the economy.”

Consolidated finance cost declined by 40 percent YoY and 21 percent QoQ to Rs336 million as improvement was seen in both ICI and Lucky Motors.

International Steels Limited (ISL) net profit spiked drastically by 497 percent to Rs2.774 billion in the first half of the current fiscal year 2020/21, translating into EPS of Rs6.38, a bourse filing said.

The sharp increase in earnings was on the back of abnormal inventory gains, which propelled gross margins to 20 percent, “versus our estimate of 12 percent during Q2FY21,” he added.

Revenue of the company increased by 29 percent YoY to Rs17.8 billion due to increase in both price and quantity sold during the quarter.

Finance cost fell by 74 percent YoY due to decline in both borrowing rate and borrowings of the company.

The company had posted loss of Rs0.285 million with loss per share of Re0.45 in the same half during fiscal year 2019/20. It informed that the board of directors did not announce any dividends.

Brokerage Taurus Research report attributed the earnings growth to a few factors. The first was strong demand from the automobile sector post lock-down and 16 percent uptick in 2/3 wheeler sales during the Q2. The other factor was identified as the surge in international cold-rolled coil prices and wider HRC-CRC spreads.

The company passed on the full impact on to consumers amidst rising raw material prices, the report added. Finance cost of the company declined 72 percent YoY.

Processing…
Success! You're on the list.
Whoops! There was an error and we couldn't process your subscription. Please reload the page and try again.